Prague was the last stop on our European vacation, and I absolutely fell in love with the Czech Republic. We spent three days in Prague strolling the winding cobblestone streets. Although Prague was occupied by Nazi armies during WWII, the city remained largely undamaged, leaving much of the stunning architecture intact for us to enjoy today. Prague is a city for wandering, as each nook and laneway brings another beautiful discovery. We arrived from Cesky Krumlov in the late afternoon and started out with a stroll through the gorgeous Old Town Square and an early dinner at the outstanding Ambiente Pasta Fresca.

A UNESCO world heritage site, Prague Castle is a city within a city, and the largest ancient castle in the world. Well worth a day’s visit, the castle is home to St. Vitus Cathedral (a gothic masterpiece), St. George’s Basilica (a small church dating back to 1142), and the Golden Lane (11 historic houses home to famous renters such as Franz Kafka). The “short visit” ticket allows admission to each of these, plus the Old Royal Palace, and costs CZK 250 (around $13). Dedicate 4-6 hours to touring on the short visit ticket. Caffeinate at the Starbucks near the entrance to Charles Bridge before climbing the long stairway up to the Castle, and grab some trdelnik while you’re at it!

No visit to Prague is not complete without a stroll across the Charles Bridge. The only bridge across the Vltava River until the mid-1800s, this now-pedestrian bridge is filled with artists, musicians, and of course, tourists, but its beauty shines through in the beautiful baroque statues and breathtaking view from the lookout tower. If you are an early bird (unlike me!) sunrise is the most spectacular time to visit.

Visiting Prague’s Jewish Quarter is a sobering experience, but one that is not to be missed. The Pinkas Synagogue is dedicated to the Jewish victims of the Holocaust from Bohemia and Moravia, with each victim’s name inscribed upon the walls. And in the Old Jewish Cemetery, tombstones crowd together, taking up every available patch of earth. It is assumed that the cemetery contains several burial layers. Start your visit to the Jewish Quarter at the Maisel Synagogue, a short walk from Old Town Square, where you can purchase a ticket for all of the exhibitions and a camera pass for the cemetery.

The view of Prague’s rooftops from the Old Town Tower is spectacular! Two of Prague’s iconic cathedrals line the square, St. Nicholas Church and the Church of Our Lady before Týn, which has been the main church in the city since the 14th century. Every hour on the hour, the Tower’s Astronomical Clock—in place since 1410, and the oldest still-working astronomical clock—sets into motion with a procession of the Twelve Apostles.

The Red and Blue Design Hotel had very quiet, comfortable rooms and a helpful staff! It’s not in the thick of things—about a 20 minute walk from Old Town—but great deals can be found for this hotel.

As two vegetarians traveling in Eastern Europe, we heavily relied on Trip Advisor for restaurant recommendations, and we were not disappointed!

You cannot purchase tram tickets at the tram station, so take a taxi from the airport, train, or bus station to your hotel, where you can purchase single or daily tram passes. If you are staying in Old Town, most everything will be walkable! 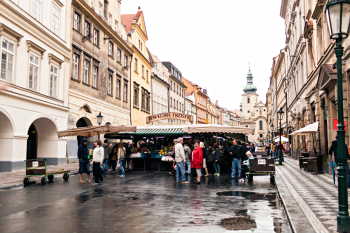 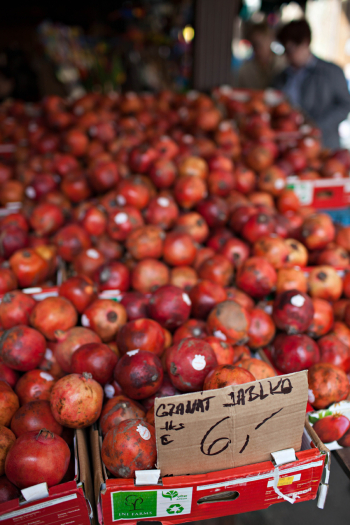 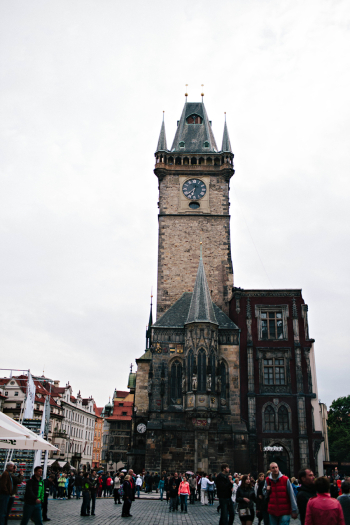 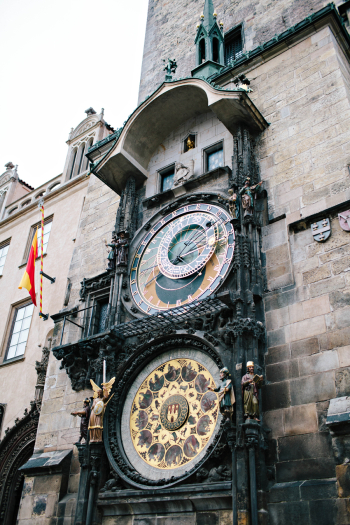 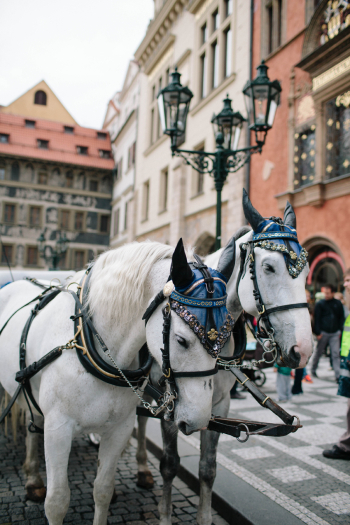 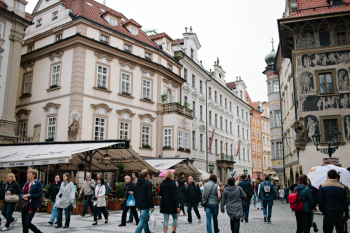