In January I had the opportunity to travel to Osaka, Japan. After a few friends agreed to join me on the trip, we spent a total of ten days traveling throughout the country for a truly fantastic experience! We began in Tokyo before quickly moving on to Osaka. From here we traveled back and forth between Tokyo and surrounding cities.

We landed in the city at 5am and immediately found ourselves lost and confused. Shortly thereafter a man on his way to work waited five minutes with us at a gate before personally walking us to Rokurinsha, the ramen shop we were looking for. This might seem especially fortunate, and it was, but to be honest, this is exactly the kind of thing that happened to us every single day in Japan. We experienced such generosity and kindness from everyone we met throughout the trip. I know it sounds like a cliche, travelogue thing to say, but I can vouch for this personally. Once, after asking a man in the Osaka subway to confirm our directions, he found us in the station several stops later and made sure we knew where to go next. People constantly went out of their way to help us and we wouldn’t have survived the trip without it!

After a bit more wandering (and being completely lost!), we walked through the Ginza district. For lunch we explored the Mitsukoshi department stores and enjoyed the food court stocked with beautiful food stands at extremely affordable prices.

After an all-too-short day we returned to Tokyo Station to catch our Shinkansen (the bullet train) to Osaka.

In Osaka, I stayed at the Rihga Royal Hotel where I had a wonderfully indulgent stay and a beautiful view from my window.

We were told to try okonomiyaki, a local food of Osaka’s, upon the recommendation of friends. We found the most perfect little shop named Kiji where the chefs made us three different dishes from combinations of noodles, mushrooms and potatoes. I’d say okonomiyaki can be likened to a cross between an omelette and a pancake – and all things good and savory!

From Osaka we checked out of our hotel and made the trip to Kyoto. Kyoto is a beautifully historic city and if I had to choose, I’d probably say it was my favorite of the cities we visited in Japan.

We were to begin the following day in Kyoto and end it in Tokyo, while what happened in between was still up for debate. My original plan was to sneak in a side trip to Hiroshima and Miyajima, but the substantial detour south was enough to make us think twice. We instead explored the little town of Nara, famous for its wild deer that roam the streets. Three cities in one day was par for the course at this point!

On our way to the park we were sidetracked by this green tea mochi shop where they were making mochi fresh on the spot.

Fast forward through our train rides back to Kyoto and then up to Tokyo. We checked into our hotel were off to the Tsukiji Fish Market at 3 o’clock in the morning. It was a dream of ours to visit this world-famous fish market and we arranged an unsanctioned tour with the amazing tour guide, Naoto Nakamura. I say unsanctioned because recently the market has been overrun with eager tourists and as a result the Tokyo government has cut access. Fortunately for us, Naoto-san deftly led us through all the different parts of the market, all while managing not to get caught by the many guards stationed around the area!

Our tour finished just before 5am, which meant perfect timing to go to Sushi-Dai just as it opened. It’s one of the most popular sushi restaurants located in the market and we were excited to try it out. When I say perfect timing, I really do mean perfect! There are only fourteen seats in the restaurant and we were the last three to make the cut. We would have had to wait another hour had we been part of the second round.

After some nap time back in the hotel, we headed out to explore Harajuku and Shibuya in Tokyo. Here’s the famous Shibuya crossing, where the crosswalks go in all directions at the same time. It looks like Times Square, but more impressive.

For the last five nights of the trip we were finally able to cut the city-hopping and stay in the same place. We also were able to see a bit more of Tokyo at a slower pace. Our one side trip was to the neighboring town of Hakone, most well known for its natural hot springs.

Back in Tokyo we stopped by the Skytree, a relatively new tower with shops in the bottom floors and an observation deck 350 meters up. Be warned, the lines to get tickets are insane! We went in the middle of a weekday and it took 40 minutes to make it to the front. I can’t imagine what this place is like on a weekend!

The elevator ride up to the observation deck is a great testament to Japanese engineering. It only takes sixty seconds and is the smoothest ride you’ll ever feel. Without even thinking you’ve begun to move, the doors open and you see this view…

On my list of must-see’s was a free view over Tokyo just across from our hotel. The Tokyo Metropolitan Government Offices (or the TMGO building) has two observation levels that are open to the public. I stayed until dusk and was rewarded with these beautiful soft pastel hues just as the city lights came on.

The grand finale of our fantastic adventure in Japan included dinner at Bohemian Nishiazabu. Bohemian happens to be tucked away in a little residential neighborhood, down an alley and hidden between two buildings. With just one fire pit table and a small bar, the entire restaurant seats twelve (with the exception of a small bar downstairs). Chef Kazu took great care of us and it very quickly became clear we were getting special treatment from the kitchen. We were definitely in for a memorable meal!

Afterward, we concluded our evening with a little stroll through Roppongi Hills to catch a beautiful view of the Tokyo Tower at night.

Definitely tour the Tsukiji Fish Market. We suggest using Naoto Nakamura as your guide!
After your tour, grab a seat at Sushi Dai: +81-(0)3547-6797.
See Tokyo from above by either the Tokyo Skytree or the TMGO.
Visit the Tenseien Hot Springs resort in Hakone. 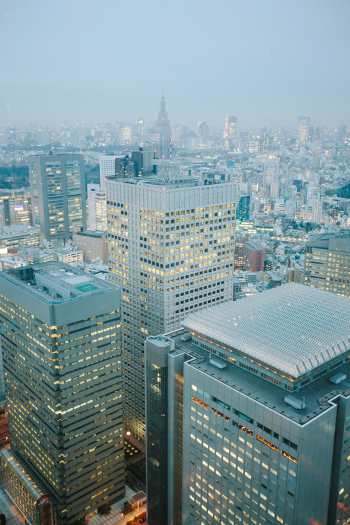 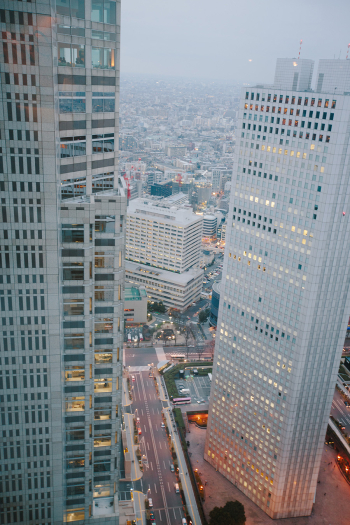 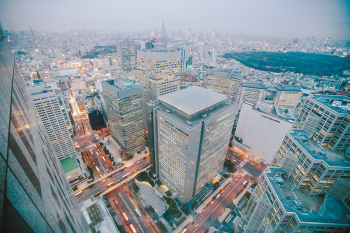 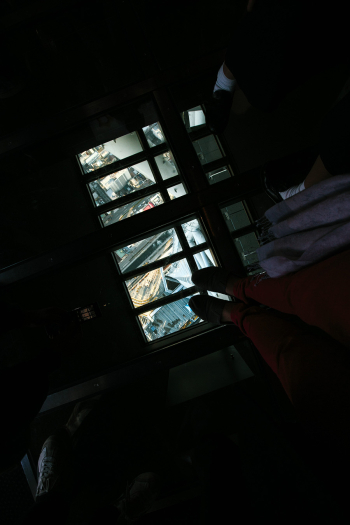 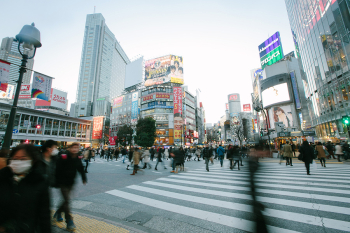 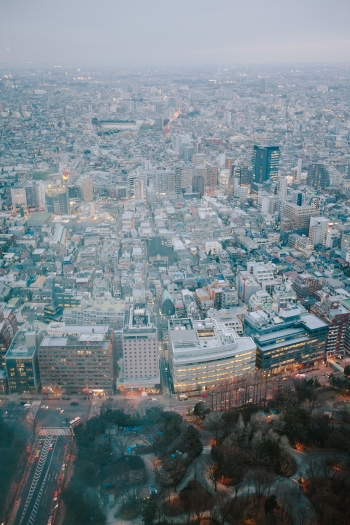 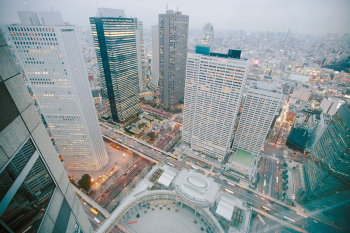