A Local’s Guide to Brooklyn

Let’s face it, Brooklyn is on everyone’s shortlist. It’s a hotbed of creativity, hip people sighting, and there’s just a general ‘cool’ factor that’s off the charts. Unfortunately many visitors only stroll a street or two in Williamsburg and claim to have visited Brooklyn, unbeknownst to the fact that Williamsburg is only one of over 5 dozen Brooklyn neighborhoods (that’s right—66 at last count). I’m so thrilled to share some of my favorite spots in the borough. In addition to some of Williamsburg’s tried + true gems, there’s another Brooklyn to be explored! Places like Carroll Gardens, Red Hook, Coney Island + Bushwick are also booming with must eats, must sees + must dos.

Read on for our local’s guide to Brooklyn!

Sunday through Thursday between 4-7 you can have west coast + east coast oysters for a whopping $1 a piece. It doesn’t get much better than that! The cocktails are top notch, the bar boasts a New York/Paris/New Orleans prohibition-era vibe. It’s swanky and sassy all at once. Get there early, they fill up fast. Sit in the garden if it’s open!

Frankies is one of my favorite spots for homemade pasta, burratta, and a patio that makes you feel like you’re in Europe. The food is delicious, simple, and to the point. Get the Beet Salad and a Crostini!

It’s almost impossible to stroll through Dumbo without seeing a photoshoot happening or film being made, and it’s for good reason too. Graffiti aplenty, cobblestone streets, and an epic skyline view of the city makes it a near picture-perfect place.

Got kids? Bring ‘em here! Who doesn’t want a good old fashioned chocolate malt or banana split to indulge their inner child (or real child!) every once in a while?

I’m proud to say that I lived right around the corner from this joint before it became a buzz word in the food world. Go for lunch if you don’t want to endure the dinner wait. I always score an Axle Rosenberg Pie.

On a pier under the Brooklyn Bridge, across from the Manhattan skyline, you can find the Brooklyn Ice Cream Factory. Grab a cone and people watch!

Coney Island is the best place to get your old-time Americana fix. The boardwalk is a great place to spend an afternoon, eat a hot dog +and watch the rides. Local Tip: visit in the winter when there are few tourists. It’s eerily scenic.

Not only is this theater cheaper than a lot of them, but it plays 80s movies and you can order dinner and cocktails while you watch the show! The food is excellent and it’s the best Sunday night activity ever.

The Ides at the Wythe Hotel

The Ides is THE spot for a cocktail al fresco and an unobstructed view of Manhattan’s skyline. It’s a must do, but save yourself a line at the door by not going on a weekend.

Brooklyn is a bruncher’s beacon of light. There’s a plethora of amazing choices and I have way more than one favorite, but this is in my top 5. Service is always all-star (not a given in NYC), the food is ethical and delicious, and don’t leave without trying one of their spicy bloody marys.

If you’re planning to find a coffee shop to get some work done, it won’t take you long to realize that most NYC cafés won’t have an outlet for you. A good many don’t even offer wifi. This little gem has both. Coffee by day, wine by night. Lovely patio and its book-lined wall will charm your socks off. Enough said.

This gem rarely has a wait, has one killer burger, and is another charming backyard patio for drinks.

If I’m meeting up with friends in Williamsburg, it’s going to be here. Bakeri is a European style bakery that’s churning out the most amazing baked goods and sandwiches you’ve ever seen or smelled. I love this place. The end.

You know that if an Australian coffee company is coming to Brooklyn, they must know a thing or two about a good flat white. Or just good coffee full stop. This place is always buzzing with hip creatives. Seating can be a challenge, because let’s face it: once you’re there you just don’t really want to leave.

Fave way to see Brooklyn, rain or shine. $4 will take you all along the Brooklyn Waterfront. I love jumping on in Greenpoint or Williamsburg and getting to Dumbo this way. The views are epic on both sides of the boat.

Full disclosure, I can’t actually tout this as my absolute favorite, because Brooklyn has great BBQ and there are three other spots I find equally as good. But Fette Sau has all the ambience you want in an epic BBQ joint. Plus, they have a great beer and whiskey selection, which gets me every time.

The JakeWalk is where I go for a handcrafted cocktail. This place is serious about their drinks, and their charcuterie + cheese selection gets a big thumbs up too. Tip: order the shisito peppers.

Don’t leave without taking a stroll over the Brooklyn Bridge. It’s romantic, historic, crowded with tourists + angry bikers + lovers… + an absolute must do before leaving the borough. 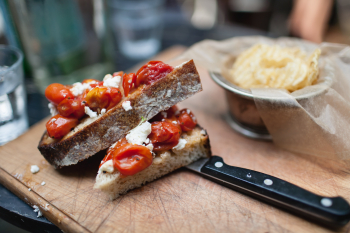 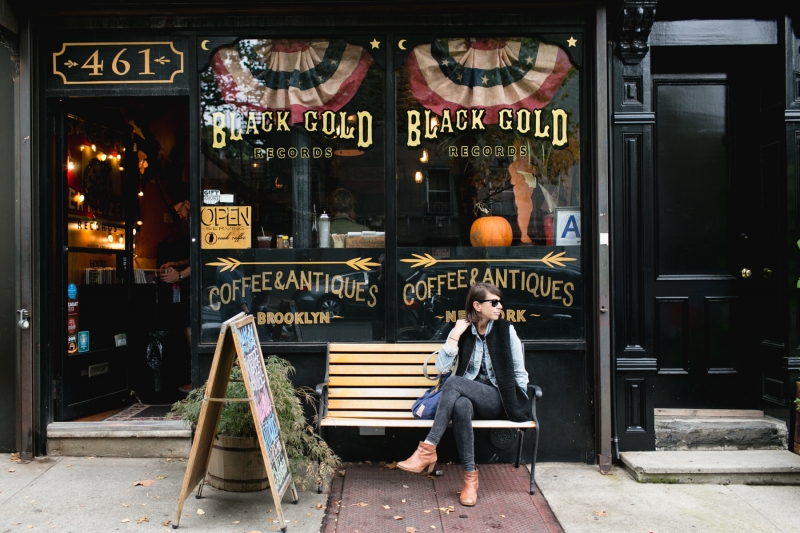 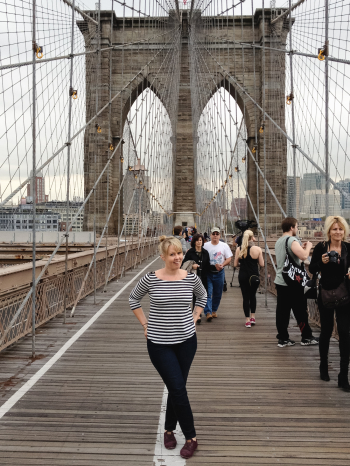 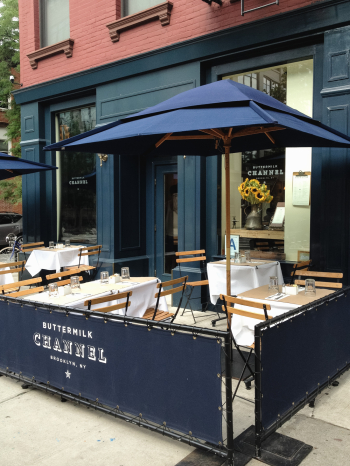 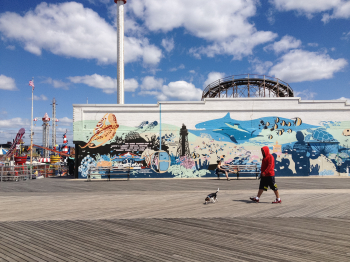 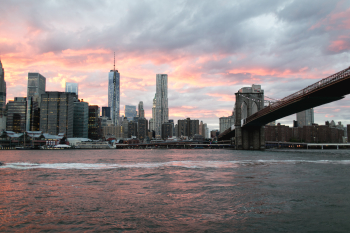 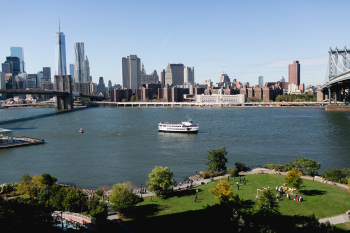